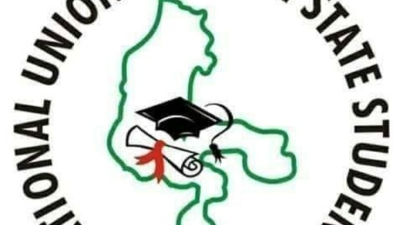 Dr Bagudu further said that, it was pertinent for all stakeholders to take advantage of the contextual assessment of people’s need in the society.

Founder and CEO, Arewa Female Youth Ambassadors Initiative, Nigeria, Amb. Hanan Isah, has called on female youths in the country to embrace the theme of this year’s International Women’s Day […]

PRESS RELEASE Governor Abubakar Atiku Bagudu says education remains the top priority of his administration as the bedrock and foundation of develpment of any society. Bagudu stated this during a […]

All is set for the Maiden Law Week 2020 organized by the National Union of Kebbi State Law Students. Mallam Jabir, Chairman, Organizing Committee of the First Annual Conference of […] 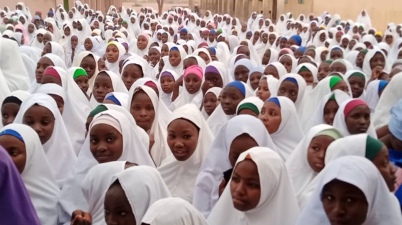 Press Release The Kebbi State Governor, His Excellency Senator Abubakar Atiku Bagudu has said that his administration was working with World Bank to upgrade girls schools to higher standard across […] 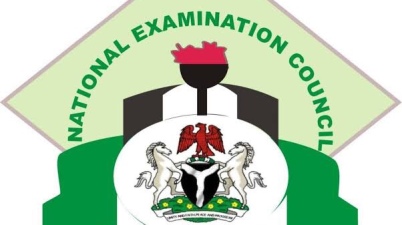 This is to inform the public that the NECO has released NOV/DEC 2019 examination results.

The Federal University Birnin Kebbi (FUBK) has matriculated 1,305 fresh students for the 2019/2020 academic session. Vice Chancellor of the University, Prof. B.B. shehu made this known while delivering his […]

Announcement It is with great delight we announce to all parents and guardians that All Brighter Kids Academy, Gesse Phase one, Birnin Kebbi, Kebbi State has now been given recognition […] 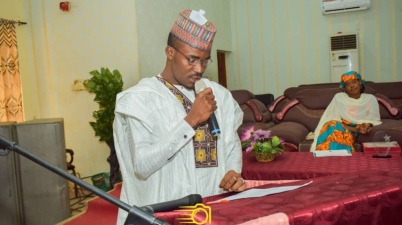 The President of the National Union of Kebbi State Students – Comrade Abbas A Zaki has expressed gratitude to the State governor, Sen Atiku Abubakar Bagudu for finding time out […] 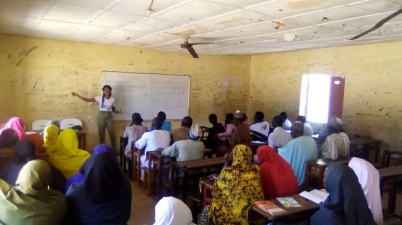 BY NYSC BIRNIN KEBBI The free adult education that started some few weeks back precisely November 2nd has taken a quantum leap. The first class recorded 35 participants and presently,there […]

In this interview with the Chief Executive Officer (CEO ) of Hassina’s Glamour, Hassina reveals why she ventured into the Cosmetics industry and her plans for the future: Excerpts: Tell […]

KEBBI STATE STUDENTS ASSOCIATION(KESSA), FUBK CHAPTER 13th, September 2019 The above named Association hereby calls for articles for its upcoming magazine (THE KESSA CHRONICLES) in areas which include: Governance/Politics Agriculture […] 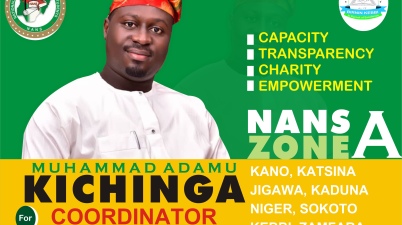 The National Association of Nigerian Students, Zone A Axis yesterday elected new executives to pilot the affairs of the association. A report received by KebbiDailyNews correspondent confirmed that Comr Zakari […]

A student of Usmanu Danfodiyo University, Sokoto, Abdulrahman Ismail Diri, has been nominated to represent Kebbi South senatorial district of the National Students’ Parliament. Prior to his nomination, Abdulrahman, 300L […]

Mr. Shamsuddeen Magaji Bello, a lecturer at Kaduna State Polytechnic and Kebbi state coordinator of Save Democracy Africa, has been selected to participate in the 2019 Fulbright Foreign Language Teaching […]

According to UNICEF, one in every five of the world’s out-of-school children is in Nigeria. In Nigeria, about 10.5 million children are not in school even though primary education is […]

Put efforts in ensuring that you excel academically – Bagudu to students 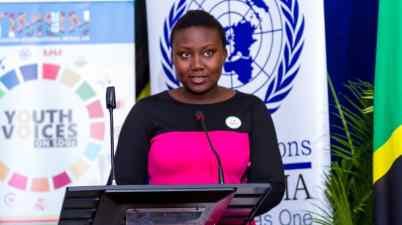 In this interview with KebbiDailyNews Correspondent, Thompson Ekemini, the two-times ONE Ambassador and Founder Girls’ Health & Education Foundation, Benedicta Uweru bares her mind on several issues including girl-child education […]

I just turned 11 and was preparing to get into High School, I was going to leave for boarding school the following day and mom had said she wanted to […]

The Vice Chancellor, Federal University Birnin-Kebbi, Prof. B.B. Shehu, is pleased to invite the University community and the public to the 18th Seminar Presentations in the FUBK Seminar Series as […]

VIDEO: Kebbi Hill-Top Creative Arts Foundation invites you to the maiden edition of #KebbiCulturalDay to mark the 2019 World Day for Cultural Diversity, Dialogue & Development. Come and be part […]

Yesterday, 31st May, was “WORLD NO TOBACCO DAY”. In this article titled: WHAT THE YOUTH CAN DO TO HELP FIGHT SUBSTANCE ABUSE, the Chairman, National Youth Council of Nigeria, Kebbi […]

A frontline Youth activist in the state and Speaker, Youth Parliament hopeful, Mr. Bashir Buhari (Ameer), has commended the effort of Governor Atiku Abubakar Bagudu for approving about four hundred […]

Khalil Saeed, a student of All Brighter Kids Academy, Gesse Phase 1 in Birnin Kebbi, represented Kebbi State in the on-going Cowbellpedia Competition. The Mathematics competition is an annual exercise […] 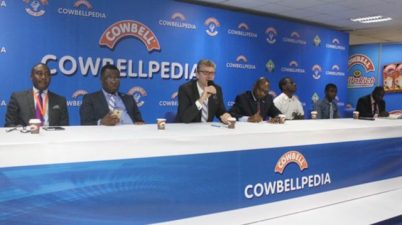 Khalil Saeed, a student of All Brighter Kids Academy, Gesse Phase 1 in Birnin Kebbi, represented Kebbi State in the on-going Cowbellpedia Competition. The Mathematics competition is an annual exercise […]

With so many different computer schools out there, one of the first steps in narrowing down your choices is selecting a few brands that you like. To do that though, […]

Special Adviser to Governor Abubakar Atiku Bagudu and House of Assembly hopeful, Alh. Abdulrahman Manga has solicited the support of leaders of thought in Zuru, Kebbi state as he continues […]

Press News: Kebbi State Govt. Released NGN 156 Million Naira for Indigenes Students From the report we received, it stated that The Kebbi State government has released NGN156 million for […]