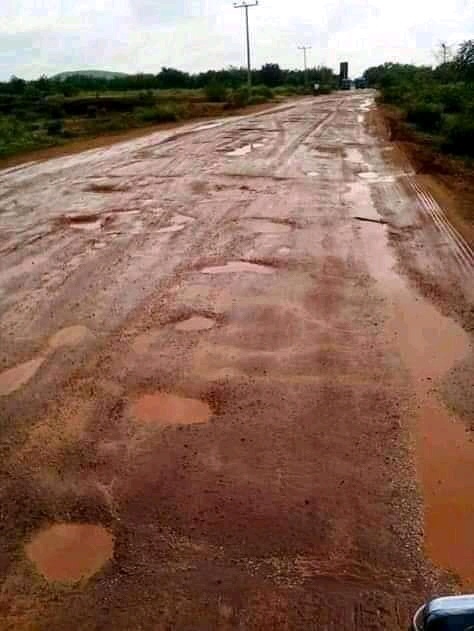 The recent interest in resolving the looming crisis in Zuru could have been laudable if same was shown to the deplorable state of roads in and leading to Zuru Emirate from the state capital or neighbouring states of Sokoto, Zamfara and Niger. Plying Birnin Kebbi to Zuru road that linked the state capital with the southern part has been a nightmare for passengers and drivers that use the agriculturally famous and commercially important roads whether through Koko or the erstwhile Kajiji road.

Zuru with a population running in hundreds of thousands spread in four local governments rushed to the polls in 2015 to support ‘the change mantra’ and resupported ‘the next level movement’ hoping to have at least it’s shattered, tattered, ramshackled, dilapidated and outdated roads renovated or reconstructed.

Roads under Local Governments, state and federal roads to Zuru despite their economic importance have been ignored to be death traps costing lives and properties daily. One hardly pass Dabai-Koko road without witnessing an accident or broken down vehicle. Many fear traveling to Unashi from Ribah because of the deplorable situation of the road even before the onslaught of bandits activities. Do I have to tell you people nowadays no longer enjoy the Maga-Ribah-Zuru — an extra 66km to avoid tire rupture on Maga-Danko-Zuru?

Yes, we appreciate the Federal Government for approving funds for Zaima to Zuru, this is a giant attempt to alleviate suffering of commuters but before I go further, let me give you a brief about Dabai-Koko road project. It was contracted by the Adamu Aleiru led government for 4Bn then Saidu Dakin gari who left government house just 5 years ago in 2015 at the rate of 7Bn. The road, if not the first, is one of the most critical strategic road networks in the State. I was also informed that, this incumbent administration has awarded 500million for it’s renovation not long ago, but still, nothing can be seen on the road apart from potholes. Concerned citizens, civil societies and elites in Zuru have to keep eyes on the recently approved road rehabilitation.

What makes the situation more tragic is that, our politicians, not just the governor and his deputy are always on shattered flights whenever they’ve something to do with Zuru. Thus, the road to Zuru from the state capital and the state roads within are the worst and has been left in their deplorable state.

Governor Bagudu promised before winning his first election, repromised at Uhola festival after his first victory, promised again while seeking re-election but a year gone into the second tenure without a contractor mobilized to any site. I’m not uninformed that he had meeting with the Federal minister of works but is what he is doing on Maga-Ribah-Unashi is still not made public by he or his associates.

Zuru roads have huge economic, security and agricultural significance to the state and it’s people. Markets were linked, schools, hospitals and farms and should not be left in their worst state.

Dabai to Koko, Maga to Ribah, Fakai to Bajida, Ribah to Unashi, Diri to Sakaba, Ribah to Bena and Zaima to Gamji are roads in dere need of urgent attention because of potholes and death traps, these roads formed a critical part of the state enabling the movement of people from Northern, Central to the Southern parts of the state and vice versa — thereby uniting the state and improving our economy.

There current state has given way for unfortunate hardship and portrays the state in bad light, I hate to say. Zuru roads question is an open-ended and unending demand for our dividends as citizens of the country and indegines of the state. As the Federal Government is renovating one, much is expected from Governor Bagudu who’s already into his sixth year as state Governor.

Nigeria, Kebbi, must move with the world , allocate more resources to educ sector

Nigeria, Kebbi, must move with the world , allocate more resources to educ sector