Arsenal was fired into the FA cup final this year by two great goals from
Pierre-Emerick Aubameyang.

At the beginning, there were mixed feelings about the game and the Gunners were under greater pressure for large part of the game, the Arsenal’s forward left no stone unturned to use his chances, netting in goals just right on time.

Man City was seen dominating the opening stages of the game as Arsenal’s defence looking jittery in possession and missing a fine one-on-one chance. 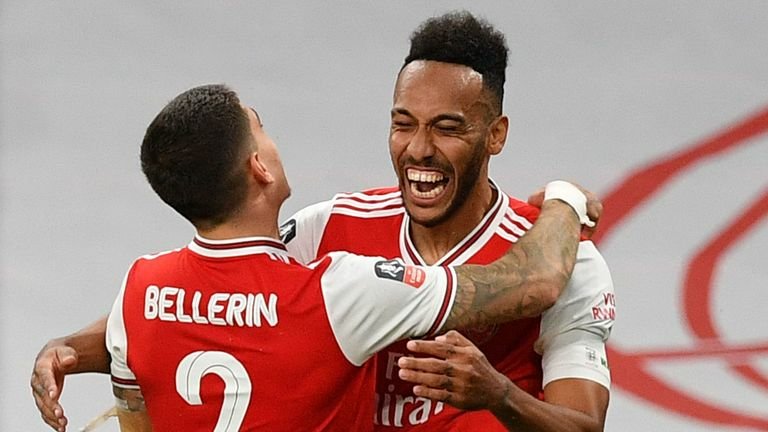 With Man City creating plenty of chances in the second half, one would have thought that they wouldn’t be denied a penalty. However, “VAR and referee Jon Moss agreed that Raheem Sterling had not been tripped by Mustafi” Premium Times reported.

Arsenal would later break the forward on the counter-attack and Aubameyang raced onto Kieran Tierney’s pass to stylishly drive home his second and double the lead.

On why Man City has lost FA Cup semifinals, all against Arsenal, is a story for another day.