The Wife of Kebbi State Governor, Dr Zainab Shinkafi Bagudu has congratulated Governor Abubakar Atiku Bagudu and his administration, for taking the bold step of submitting to the legislature for consideration, the Gender-Based Violence, and Child Molestation Acts, on Monday, June 22, 2020.

She commended the efforts put together by several civil society organizations, traditional and religious leaders, as well as development partners for several years on the laws that provide protection for women and children.

Get to know about GENDER based violence in Africa here

Dr Zainab Shinkafi Bagudu also called on the body of legislators to continue the supportive role they have shown thus far, and hasten passage of the bills into law.

This, according to her, is to ensure that, the women and children of Kebbi state will be safer and guarded by law.

In the same vein, Dr Zainab Shinkafi Bagudu expressed similar gratitude to the Kebbi state government for sponsoring among other Bills, the Establishment of the Kebbi State College of Health Sciences and Technology, Jega and the Kebbi State College of Nursing and Health Sciences, both of which she noted will greatly enhance human resources for health in the region once fully established.

She further thanked the leadership of the House led by Rt. Hon. Abdulmumin
Samaila Kamba, not just for granting audience to various advocacy groups over the last few weeks, but committing to support the bills once received.

The future of Kebbi State and the generations yet to come, according to Zainab Shinkafi Bagudu , will remember these landmark laws and the position taken by the honourable members of Kebbi state House of assembly. 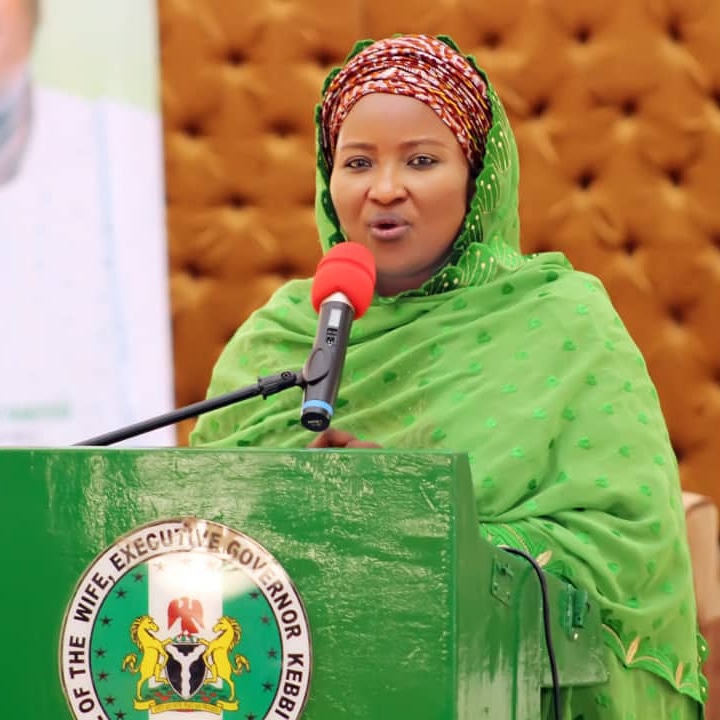 The Wife of the Kebbi Governor added,” As Consultant Pediatrician, protection of the child is an issue and burdened within extra measure as indeed all leaders and parents have.”

She further said that, it was pertinent for all stakeholders to take advantage of the contextual assessment of people’s need in the society.

According to her, “the state house of assembly is doing the needful by putting people, whom they represent first in all their activities at this material time.

It will be recalled that, the Nigerian Governors wives forum has recently been advocating for the need to enforce child-right and gender based violence bills, and to uphold customary procedures, in order to bring an end to rape and other forms of sexual assault in the communities.